SAN DIEGO (CNS) — Over the years, Ana Alicia has seen her past television and film work rebroadcast, introducing the actress to new generations of fans.

But something feels different this time.

The 1989 film “Romero,” based on the life of martyred Archbishop Oscar Romero, has been remastered and released on DVD and digital-downloading in a special collector’s edition.

“I’m proud of my work in the shows that I’ve done,” said Alicia, who starred on the prime-time 1980s soap opera “Falcon Crest. “But this particular project is happening at a time when this man is being recognized by his church for what he did,” she said in a telephone interview with The Southern Cross, newspaper of the Diocese of San Diego.

The film stars the late Raul Julia as Archbishop Romero, who was canonized by Pope Francis Oct. 14 at the Vatican. When appointed archbishop of San Salvador in 1977, he was initially believed to be apolitical. But he soon became a vocal critic of El Salvador’s repressive right-wing government and ultimately paid for his outspokenness with his life. He was assassinated while celebrating Mass March 24, 1980.

When Alicia was offered the role of Arista Zelada, an upper-class friend of the archbishop, she said she may have known the prelate’s name but little else about him. At the time, she was focused on her career and her family and not so much on “what was going on in the world.”

Asked whether she or anyone else associated with the production of “Romero” ever envisioned that they would see the film’s protagonist declared a saint only two decades later, she admitted: “I don’t think that was in any of our thinking.”

It was the opportunity to work with an actor of Julia’s stature that initially attracted her to the project, and she was “pleasantly surprised” to discover that, in addition to being a talented actor, he also was “a genuine human being.”

“He just gave me so much dignity and respect, and he took his depiction of Romero very seriously,” she told The Southern Cross about a week before the Romero canonization. “He was a complete professional.”

A review by Catholic News Service called the film a “powerful dramatization of the last three years in the life of Archbishop Romero. “Director John Duigan gets a brilliant performance from Raul Julia, who invests the title role with an intense spiritual dimension that makes credible Romero’s courage in condemning the immorality of a ruthless regime,” it said.

In filming “Romero” Julia told CNS in an interview at the time that seeing how the church worked with the poor changed his attitude toward the church and he began to go to Sunday Mass again.

Before making the movie, he said, “I had mostly negative feelings about the church” and thought it “did not contribute to people’s experience.” But in talking with a U.S.-born Jesuit priest working with the poor in Mexico, Julia said, “I was sharing my experiences and he shared his and it turned into a wonderful confession.”

Julia died in 1994 from complications of a stroke at a hospital on Long Island, New York.

Alicia recalled that, in his determination to give the best performance possible, Julia was “always questioning himself.” She said this made him “perfect for the role” of Archbishop Romero, a deeply human figure who experienced a lot of “inner turmoil” and “uncertainty” about whether to speak out against the Salvadoran government.

“I think many people don’t see themselves as capable, because they have fear and because they have doubt,” she said. “But if you look at Romero or you look at any of our great teachers or spiritual leaders in the world, there’s doubt, and self-reflection and a lot of angst in their journey. It’s not the type of hero that we see in a Superman.”

Describing today’s world as a “very fragmented” place, Alicia said one aspect of Archbishop Romero’s story that resonates with her is the fact that it “wasn’t about being left or right” with him; he stood up for human rights, regardless of which political ideology was violating them.

In the film, Archbishop Romero is shown pressuring the government to end its repression, but also attempting to negotiate the release of government officials who had been abducted and held hostage by rebels.

“I think that it is a film about a man, a simple man, who cared about his fellow brothers and sisters and struggled as to what was the right thing to do,” she said. “Once he found it in his heart, he stood up, and it didn’t matter who he was standing up against.” 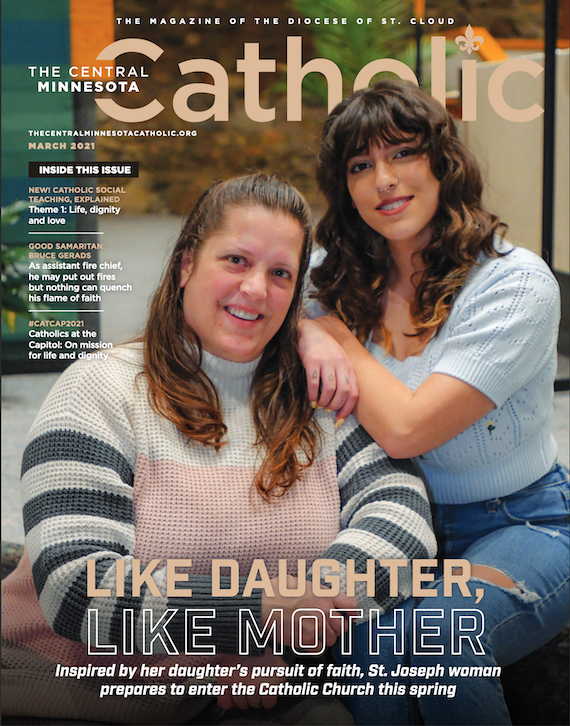