MINNEAPOLIS (CNS) — It’s 10:05 on a Wednesday morning, and 200 people stream into the vaulted cafeteria at Sharing and Caring Hands in downtown Minneapolis.

Half head toward the breakfast buffet, and the other half line up to meet with Mary Jo Copeland. They need money, they need bus passes, they need vouchers, they need glasses, they need shoes. And — once they speak with her, they realize — they need her prayers.

She is decisive, pondering each query and making a decision in seconds. She offers $10 for laundry detergent, $20 for gas and a Visa card for insulin. She is unapologetic, telling one woman that her tennis shoes are just fine and declining a request for a cellphone.

A woman in a ballcap asks for money to buy food at Target Field, the baseball stadium.

“She’s never been to a Twins game! She wants a snack,” Copeland later says. She is certain of her choice to give her a little money. “The world would say, ‘How is she going to use that money?’ But that’s what Jesus would do.”

A tall man with dark, somber eyes approaches her. “Last year, you helped me stop drinking,” he tells her.

“You’ll always stay sober if you trust in him,” she says, peering into his eyes, speaking of Christ. “I’m proud of you.”

Dubbed “Minnesota’s Mother Teresa” and honored with a Presidential Citizens Medal, Copeland’s celebrity has grown along with her impact.

The Minnesota native is founder and director of Sharing and Caring Hands, a large facility behind Target Field that provides clothing and food to 300-500 poor and marginalized people daily.

Next door, she operates Mary’s Place, transitional apartments for 600 that are trimmed in cheerful blue paint and lined by white rose bushes.

The past few years have been turbulent. Her longtime husband, Dick, died two-and-a-half years ago. The COVID-19 pandemic upended the world. While other shelters closed, Sharing and Caring Hands remained open, serving triple the crowd.

In November, Copeland turns 80, and as she grapples with the constraints of an aging body, she is undeterred, pouring even more time and prayer into her ministry.

“She has changed,” said longtime friend Father Joseph Johnson, pastor of Holy Family Parish in St. Louis Park. “Her self-gift is more transparent. Her life is being poured out.”

“She jokes about how she’s bent over now and moving slower, but she’s still showing up and still giving of herself despite how she feels physically,” he told The Catholic Spirit, newspaper of the Archdiocese of St. Paul and Minneapolis. “What we see is a more transparent witness of what someone who has given her life entirely to Christ looks like.”

Copeland rises by 4 a.m. to pray and work. In her mission, she is unflinching and impatient, bothered by having to wait for an elevator.

“You have to stand there for a minute!” she said. “That’s insane.”

Her impatience is tied to her clarity of purpose, said Father Cory Rohlfing, pastor of Divine Mercy Parish in Faribault. He served on the Sharing and Caring Hands board for a decade and is Copeland’s spiritual director. “If she’s convinced this is God’s will, she moves. She’s decisive.”

She does not look 80. “I think God is preserving her,” said her daughter, Barb Copeland. “He has a lot of work for her.”

“But at the same time,” he said, “she’s real. She’s got her flaws and she knows them. Sometimes at Sharing and Caring Hands, she’ll look someone in the eyes and say, ‘I love you, but you’re going to have to go right now.'”

Copeland has made a few adjustments as she ages. She delegates more, and a bad knee has required her to end her ritual of washing people’s feet.

Copeland raised 12 children — six daughters, six sons — before launching her ministry. The kids slept in bunk beds in the attic of the Copelands’ two-bedroom house in north Minneapolis.

“It taught me a lot of organization,” Copeland said. “I folded all those clothes on the steps, I ironed all those loads of wash every day. God wanted me to learn how to keep moving no matter what.”

In 1985 — once her nest was empty — she founded Sharing and Caring Hands, a humble storefront intended to be a safety net for those who couldn’t get help from the welfare system. Today, its scale has expanded, but its approach is still modest.

The center relies solely on donations from the community, not accepting federal or state aid. It is run almost entirely by volunteers. They are thrilled at the chance to pray with Copeland and serve alongside her.

Prayer was a lifeline in her difficult childhood. “I’ve been doing the Stations of the Cross since I was a little girl,” she said. “I had a 10-cent booklet. That’s what softened my heart, to know God did such great suffering.

“I got sick a lot, and I thought about how much the Lord has endured — and his mother, Mary. She never questioned it.”

Her early years filled her with a compassion that now is a bridge for the poor and marginalized in her midst.

The bonds Copeland forges at Sharing and Caring Hands are striking, Father Rohlfing said. “She has the ability to see Jesus in the poor. She just can. She has the charism of mercy. That’s a gift that allows her to see people’s needs.”

Copeland is still grieving her husband’s death. She has lost 35 pounds since then. But widowhood has given her even more hours to pour into prayer. She often devotes three hours to prayer, beginning her first rosary each morning in the shower. It combats her worries about the state of the world. And with each passing year, it feels more and more like her mission.

“She gives hope,” daughter Barb said. “We need that more than ever, especially in these times. She has a simple faith. Nothing fazes her. When someone comes with all their life problems, she goes, ‘Well, you made it here! Everything is going to be fine.’ She was handpicked by God, and she’s got that trust.”

It powers her, morning after morning.

“This is the hardest time I’ve ever experienced here, in all my years,” Copeland said. “People can’t find proper housing. Landlords are just putting them on the street. The price of food. Gun violence. The dysfunction, the sadness.”

“I promised God he could count on me to finish his work,” she said. “I live each day knowing that I’m serving him. He’ll bring me when the time is right. He keeps telling me there’s a lot more work for me to do.” 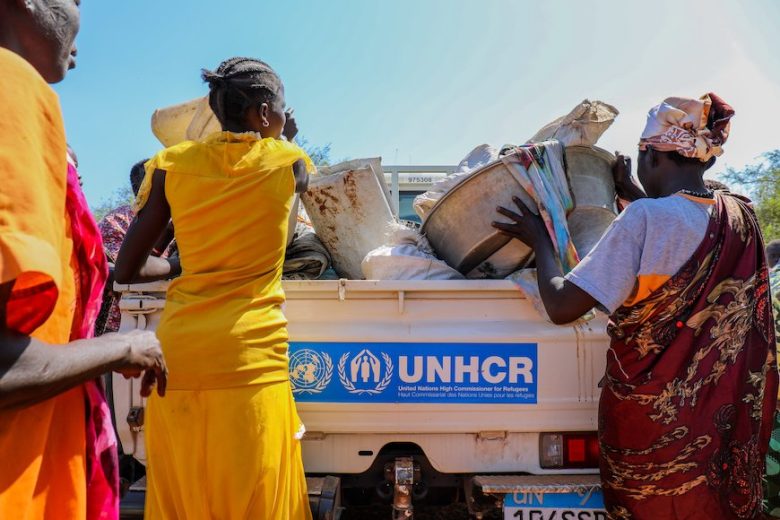